Back to insights
When it Comes to Being Entrepreneur-Friendly, Canada Whoops the US

As an entrepreneur, what you ideally want from your government is the ability to conduct business as freely as possible, without burdensome regulations that put up roadblocks, and in turn create a ceiling which your business cannot get past.

The whole point of why people give up their day jobs, to pursue starting their own business, is so that they can have an opportunity to earn without any limit being imposed upon them by an authority. In other words, they stop trading hours for dollars, and attempt to realize their true earning potential.

This piece will take a quick look at the economies of both Canada and the US in order to see which one is more of a free market, and therefore more suitable for an entrepreneur to thrive in. 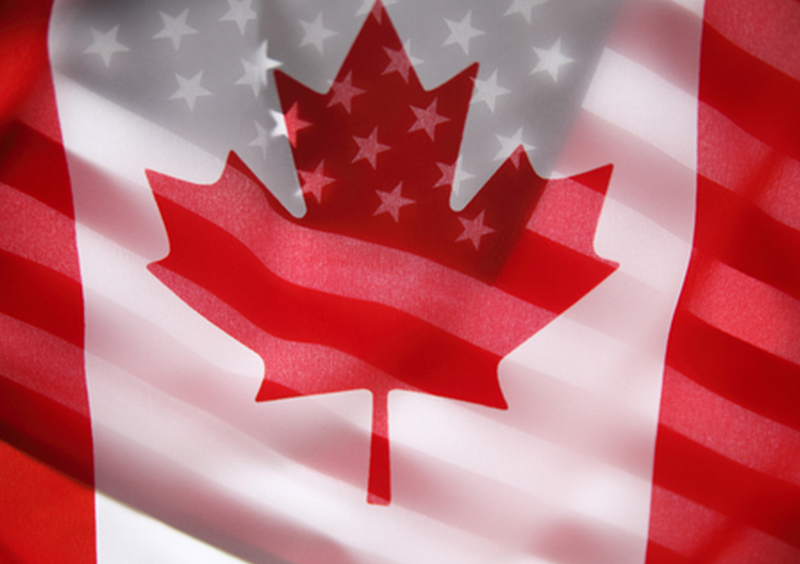 A free market is self-regulating in the sense that the market dictates things such as price points of products or services – inevitably allowing the consumer to determine which businesses fail, and which ones succeed. There are few industry rules for business owners to get constrained by in a free market, which in turns allows them to set up their business for optimal success. The major authorities within a free market are its currency, and individual and property rights. Consumers cast their votes on products by deciding how much of their currency they are willing to part with in order to gain a good or service. In a free market, there is no sales tax and no interference from the government during a transaction. To be clear, neither Canada nor the United States are free markets, but one is certainly closer than the other.

When a market is over-regulated by a centralized authority, it removes certain freedoms from business owners, and does not allow them to thrive. In some cases, the regulations might be the reason for why businesses go bust (think about coal companies in the US).

It’s certainly frustrating to do well in your marketplace, only to have a bunch of new rules shift the odds well out of your favor. This is why it is a smart decision to set up your business in a market that is free from heavy regulation which can hinder your progress.

Does the US have a free market economy? In a word, no. It’s supposedly the land of the free, but there is plenty of economic related evidence that contradicts this saying. For instance, this New York Times article reports the bailout of JP Morgan which cost the US taxpayer $12 billion. In a free market, that would never happen.

In a free market, taxpayers aren’t held against their will to bail out corporations. This level of intervention just shows to what extent the US government is willing to go to in order to intervene in the economy of the country.

Other examples of the US government taking control of the market can be seen with Fannie Mae and Freddie Mac, and the intervention in AIG, General Motors, Citi and more.  Such actions are clear examples of nationalization, and socialist tendencies.

There are plenty more examples of how the US government uses its power to control businesses, and the marketplace in general, in order to get the outcome that it wants, as opposed to having faith in the market to correct itself when correcting is needed.

For entrepreneurs, it should be worrying that the government can come in at any time and flex their muscles, by picking who wins and who loses, which in turn can significantly reduce the viability of competition.

Furthermore, the corporate tax rate in the United States, according to KPMG, is 40%, one of the highest in the world. Obviously, this is detrimental to the success of entrepreneurs.

Canada, typically seen as the socialist neighbor of the US, has ironically taken steps to provide more of a free market since the 80’s. Its current Prime Minister, Stephen Harper, credits the strong working relationship of Brian Mulroney and Ronald Reagan throughout the 1980’s, which set the nation on the right path, from a business standpoint.

Canada’s corporate tax rate is 26%, the lowest of the G8 nations, and a whopping 14% less than the United States.

Furthermore, Canada’s spending cuts of the 90’s resulted in a 15 year economic boom, which in turn resulted in the unemployment rate going from roughly 11% to less than 6%. However, this boom lasted only up until the US dragged Canada, and the rest of the world, into recession.

It seems Canada had it figured out, and were certainly heading in the right direction in terms of creating a free market. For instance, Canada’s federal government spending went down from 23.3%  of GDP in 1993, to 16.5% in 2000. During those years, the country’s economy soared…

Recently in America, the Obama administration has warned of a severe economic contraction if similar spending cuts were enacted. Canada has already debunked that myth. If only Obama took notes.

So which country provides more of a free market between Canada and the US?

Given the evidence, Canada certainly provides more of a free market than the US. Without question, it is more friendly toward entrepreneurs. Additionally, the National Post reports that Canada has risen to the top 5 countries in terms of economic freedom, whereas the US has dived down to 18th. This is a clear indication that America has a thing or two to learn from its neighbors to the north.

So, as an entrepreneur, you need to consider the freedoms that Canada offers, and weight that against the benefits that the US economy offers. The decision, of course, depends on the specific marketplace which you operate in, and what you need to survive as a business; but, as a rule of thumb, a free market economy (or as close to one as you can find) is the one that you should go for…

If you are unfamiliar with why a free market is beneficial, then here are some points for you to consider:

[list type=”plus”]
[li]Due to the fact that the free market is a supply and demand model, there is no monopoly or extortion.[/li]
[li]People are paid more fairly in a free market, which means if you do a really good job you can get paid accordingly. Obviously this is great for work morale because it motivates employees to work harder, thereby giving them a sense of purpose. Any business that has employees with high morale is poised to do well.[/li]
[li]The free market allows for better products and services to be supplied to the consumers due to the competitive nature of the marketplace. When there are a lot of suppliers the ones who stand out due to the quality they provide are the ones that win over the customers. [/li]
[li]When a free market becomes saturated with certain products it forces the suppliers to come up with new ones. Therefore, innovation is highly rewarded. That is a good thing because it allows for new technologies to be discovered. [/li]

Canada, as a whole, has a much stronger and prosperous economy than the US. It has been able to significantly reduce its unemployment rate since the crash by striving towards a market that is more free. Therefore, it shows that a free market benefits not only the people at the top, but also the people at the bottom looking for regular jobs.

The median household income in Canada is roughly $76,000, according to Statistics Canada.

The median household income in the US is roughly $51,000, according to the US Census Bureau.

When it comes to North America, Canada is the place to do business at the moment; but because the political landscape is always changing, and politicians dictate just how free our economy is, it is difficult to know what lies ahead.

What is certain is that if you are an entrepreneur, then you must demand a high amount of freedom from your government when it comes to doing business in your marketplace. A government that interferes is one that is essentially shooting itself in the foot. I believe this is the case in America, right now.