[dropcap style=”style1, style2, style3, or style4″]W[/dropcap]hen everything seems to clash, and politicians back one side of the argument or the other, we have a document that defines our community, settles our differences, and reconciles our values. It binds our governing philosophy of democracy, our economic philosophy of capitalism, with our spiritual philosophy of religion. It’s called the US Constitution, and it sets out, unambiguously, what we can and cannot do.

Should we expect that a 237-year old document be able to regulate the affairs of a modern country? I vehemently say yes, absolutely.

The US Constitution provides us with freedom. However, it does not give us the freedom to change or overthrow the Constitution. This is the United States and the one thing that we are, above everything else, above loosely defined terms of philosophy, is that we are a nation born of the Constitution. It is the one true embodiment of a Social Contract. No other country shares our Constitution – it is ours. And we should be proud of it…

The Constitution forges our identity and it creates our culture. When immigrants come to our shores, they come to seek the magnanimity and protection of that Constitution, not to change it and put words in the mouths of the Founding Fathers or conveniently rewrite their intentions. No, they come for what our Constitution stands for.

The US constitution is the law of the land, but more importantly it is our only guarantee, and protection against tyranny. The moment we allow the constitution to be altered, for one small thing or another, that line in the sand gets redrawn. And our identity changes.

[Tweet “Should we expect a 237-year old document be able to regulate the affairs of a modern country? absolutely.”]

More than being the final say on things, the constitution is the embodiment of the social contract between each and every person. It is what gives us rights in return for allegiance. One cannot seek the protection of the Constitution without submitting to it in allegiance.

Resurgence of The Tea Party

As unsophisticated as the mainstream media adamantly tries to portray them to be, collectively, I believe the Tea Party members are ridiculed only because they don’t support the establishment of either the Democrats or Republicans (the old guard, if you will) – both of whom mock the Party’s common sense merely because they are supposed ‘simple people’. But I think we are missing an opportunity to grow as a country when we shun the heart of the Tea Party supporter. They are slowly becoming the voice of reason and have become the personification of the Constitution. If they chose a different name, perhaps The Constitutionalists, I bet the establishment would have a much harder time attacking them with success. The Tea Party just needs a slight rebranding is all… but back to the point.

The Tea Party looks at things in an uncomplicated and honest way. When you tell them things like “if you like your Doctor, you can keep your doctor” they expect you to honor it. Don’t fault them for getting upset when you don’t say what you mean, or don’t mean what you say.

In trying to understand the Tea Party I looked at the tenets of their beliefs and was pleasantly surprised that I share a majority of values with them. Many people I know do not identify as Tea Party members, but have the same convictions. The values I share with them, and I know you do to, are simple and straightforward.

“They say we offer simple answers to complex problems. Well perhaps there is a simple answer, not an easy answer, but simple…”

Let’s start with one ground rule: that we are a country of laws. Laws are the only weapon we have against tyranny and subjugation, and the only way to protect individual rights. Laws within the bounds of the Constitution are what defines us and regulates our conduct.

A person entering the country should do so legally. Entering the country legally is proof in itself that the immigrant understands the value of laws and they come here with that frame of mind. I for one think that immigration is a valuable asset, and I found that the Tea Party tends to agree, except they make it a point of saying that they want aliens to be legal. Can you really argue with that? 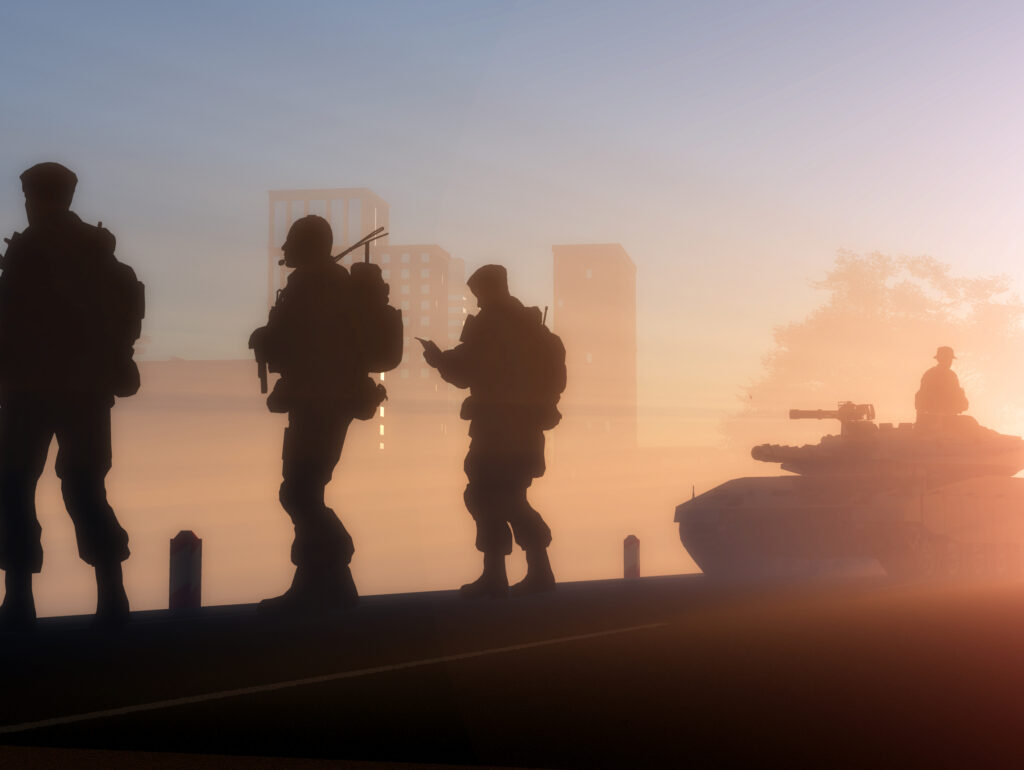 We need to protect our interests, not someone else’s. And the men and women who serve should be treated with honour and respect and given the protection they deserve. The Tea Party’s demands concerning the military are simple and well-reasoned. How can you argue with that?

One of the beliefs the Tea Party firmly supports is that special interests need to be abolished. I couldn’t agree more. Special interest groups are buying elections and making laws nowadays. These groups are not acting in the interest of the people, that’s for certain. Congress and the President are meant to govern the people for the sake of the people, not police the people for the sake of corporations. Corporations are not people, regardless of what fact is mangled to fit the confines of the definition. People are people.

The Constitution does not read, ‘We the Corporations’ it reads ‘We the People’. Special interests ultimately have their own agenda. They achieve their agenda through crony capitalism, something not even close to true capitalism, and something the majority of this country despises. I have always believed in this and now I find, so does the Tea Party.

Indeed, guns don’t kill people; people kill people. There should be absolute freedom in the ownership of guns for sane and law abiding adults. Emotional and infrequent sensational news aside, the freedom to own guns should not be impeded. Instead, the government should do its homework. The mentally ill, convicted criminals, minors and those physically unfit to control a weapon should be banned from ownership. That’s logical. 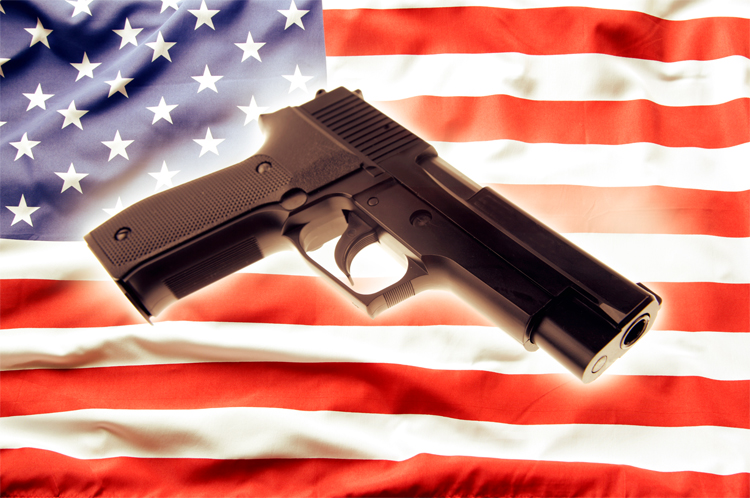 Being a law abiding citizen, when you create a law that prohibits me from owning a gun, I will comply. But you put me and my family at risk because the illegal elements that do not respect the laws still carry and have access to weapons. When they come knocking on my door, they find me disarmed and an easy target. The Tea Party thinks changing the 2nd Amendment of our Constitution is wrong for the very reason I mentioned. I welcome any Liberal to try and discredit that logic…

Such a simple concept that every household in America understands. So why do both major parties (the establishment) think that balanced budgets are not a good thing, or so hard to achieve? I know the rhetoric is different but their actions are the same; no party has passed a balanced budget amendment in 6 years.

A balanced budget just means you don’t spend more than you earn, and you don’t tax more than you spend. It seems simple enough, unless of course special interests get involved. Balanced budgets allow disciplined and wholesome living. Let’s live within our means, shall we?

Zero deficit spending is the right thing to do. All this talk about the need to increase the borrowing limit is ridiculous. The liberal-end of the spectrum has framed the argument so expertly and made the Tea Party to look foolish. They’ve made it seem that borrowing is the only right thing to do and that austerity is inhumane. That logic has landed us with $17 trillion worth of debt… And you know what’s worse? No one seems to be batting an eyelid over it. You can blame the Democrat in the White House all you like, and you should, but the Republicans in the House allowed it too. They are both complicit.

If spying on foreign lands is a necessity of national security, so be it. But it is not acceptable to turn those monitoring devices inland, onto American homes. I have nothing to hide, but I do not appreciate my emails and telephone conversations being put up to scrutiny. We were founded on the right to privacy and the freedom to forage our survival. We cannot be limited in those rights, just because Immigration is not doing its job and foreign elements, who do not like the way we live, have entered our shores. All those resources used to store and spy on JoeBob watching porn in his mother’s basement are wasteful. I do not need my tax dollars funding large banks of sophisticated servers keeping track of that nonsense. But I do not mind my tax dollar going to enforcing better immigrant screening. The Tea Party adamantly agrees with me…

English is The National Language

English is the language of America. I don’t see anything wrong with saying that. It is not rude to say that English should be learned and practiced by every immigrant and naturalized citizen. It strengthens our country when everyone speaks and understands a unified language. It is your right to learn more languages, of course, but English is America’s language. In fact, it should go without saying – immigrants are better off in America, and more likely to achieve the American dream, if they speak English.

Let’s be clear, the Tea Party is not claiming superiority of language. It is perfectly acceptable to speak Mandarin or Spanish at home, with friends in public, in language classes etc. but English is still the National language. Everyone must accept that. Road signs should not be in Spanish any more than they should be in Sanskrit. It should all be in English. If I relocated my family to mainland China I wouldn’t expect, or demand, that road signs be put in English. Not even close. I would force myself to learn their language, and help my family do the same, so we could thrive in that country.

The Tea Party has a total of 15 Core Beliefs on its website. I’ve explained seven thus far. The rest are below:

▪    Government must be downsized.

▪    Reducing personal income taxes is a must.

▪    Political offices must be available to average citizens.

▪    Bailout and stimulus plans are illegal.

In the final analysis, I strongly agree with seven of their core beliefs, and am indifferent to the other eight. Does that make me a Tea Party member? Not really. I am a strict constitutionalist and I am starting to see that the Tea Party members are too.

For this country to be able to move forward there is only one recipe: We must follow the Constitution and never deviate. I think America is waking up to this fact in light of recent events and the lies which have come out of the White House. Contrary to what the mainstream media tells you, 2014, much like 2010, will be the year of the Tea Party.

Politicians Use People as Props at State of the Union