Back to insights
5 Celebrities Turned Entrepreneurs

It takes a lot to become a star or celebrity, be it on the silver screen, on the field of battle in sports, or as a politician. But for a person to move their initial rise to stardom, already a difficult feat, to entrepreneurial success, is truly impressive. I’m always eager to learn about how a celebrity or athlete, someone who was likely mollycoddled for much of their career, found the foresight and desire to use their early success to enter the business world – a place where no one, no matter how popular, gets a free pass.

The ability to use early success and grow it into something bigger, in a completely different field, is quite remarkable. It proves that success is more than just having a certain skill; it’s about desire and constantly seeking opportunity. In this list I’ve highlighted five celebrities turned entrepreneurs that used their stardom to achieve business success.

Remember Magic? Well, Magic made some magic happen with the Lakers in the 80s and early 90s. And with it his earnings and fame grew. But rather than sitting on his titles and athletic notoriety, he used that early success in life to build a business empire.

Right now Magic is one of the major franchisees of more than 70 Starbucks locations. He owns 50% of each of those locations. He is also the founder of the Magic Johnson Foundation and Johnson Development that focuses on urban neighborhood development. His best weapon when he played for the Lakers was his court vision, and now it’s his business vision. Magic has the ability, as an entrepreneur and investor, to see potential in locations for starting ventures where most would overlook.

Since the early 90s Johnson has built up his business holdings to a value of three quarters of a billion dollars and manages to do a lot for charity, especially inner city development. Furthermore, Magic is highly creative and he knows how to connect with people. He is a marketing genius and that allows him to beautifully craft his message and his offerings. Combined with his business foresight, his marketing tactics allow great upward mobility and problem solving dexterity. Magic’s business enterprises have a ton of potential for growth, and he has made multiple times more as an entrepreneur than the millions of dollars he made as a star athlete.

It’s hard to think of Coppola in anything other than a director’s chair, but this celebrity has flipped his Hollywood success into consumer goods like Mini Sparkling wine cans and Mammarella Pasta. The director of The Godfather has used his silver screen success to catapult him into entrepreneurial ventures which include wine production, food, travel and art. His winery alone turns over more than 50 million dollars annually and employs more than 200 staff. Coppola’s ability to masterfully tell a story definitely put him in the driving chair of marketing. That is one of the aspects of being a great entrepreneur – to be able to sell your story. 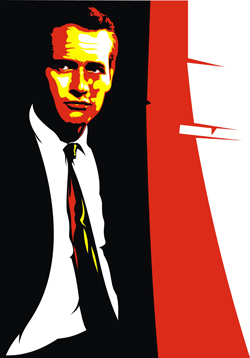 One of the finest actors of all time… his Newman’s Own company sells items that people buy on impulse and their impulse seems to like choosing things that have his face on it. Mr. Newman was another genius in marketing.

When you want to sell a product, attaching something to it that is recognizable automatically gives it credibility. It’s not always about the product that sells it – sometimes, many times, its about the face. This is where celebrities most certainly have an advantage over a regular joe starting a business, and Paul Newman knew it, and used it to his advantage.

Remember Full House? Remember the two (well one) of the little girls? They started out in diapers on television and they are now in their late 20s and very wealthy. Long story short, the twins made it big in business because their childhood stardom gave them the marketing advantage. Good for them for recognizing this…

The branding of the cute Olsen twins was just too charming to resist. They built a billion dollar empire focused on fashion and offered the full range. From low to high end. Their formula worked, in part because of – you guessed it – the marketing that took their celebrity status and launched them onto a career alongside the likes of Kathy Ireland and Jaclyn Smith.

Another Hollywood belle that took her fame and plowed it into the consumer business world. The Honest Company is Jessica’s idea at setting the record straight for fellow parents who are looking for products that are safe for their babies. Her version of commercializing her stardom was one with a greater good purpose. It was done with the need to create an awareness, and it has been successful so far. From diapers and wipes to teethers, Jessica’s company aims to provide safe and healthy products for mother’s to provide their children with.

All these celebrities turned entrepreneurs took their personal brand and made it into something more. They parlayed the brand equity of their stardom into a marketing opportunity that would give them a head start – nothing wrong with that. In fact, the moment you experience notoriety from fundamental success in your industry as an entrepreneur, you should do the same. Use past success to build your brand and create something even bigger down the road. Never rest on your laurels – perhaps that is the greatest message in all of these stories.

These five celebrities have shown us how branding can get a business the momentum it needs before the market evaluates and accepts the product. How do we turn this perspective into action? Well, for us lay people, we may not have the gravity of stardom in our corner, but we do have the weight of the great equalizer in our corner: the internet. And if you use it wisely, the internet can give you a brand name – similar to the likes of Jerry Yang, Jack Dorsey, Mark Zuckerberg and the hundreds of other millionaires and billionaires who gained notoriety from the internet and catapulted a brand from it.