In the era of excessive government regulation, I’ve decided to convert, and jump on the bandwagon. I propose we should come up with regulations deterring significant resource consuming people from living the way they have been for thousands of years – particularly for those who are tall. I think a Tall Person Consumption Tax or a Tall Person Carbon Tax is in order…

I’ve lived my life as a resource consuming tall person and, let me tell you, we have been getting away with murder… of the environment, that is. It’s high time the government do something about us. Society has overlooked the inconvenience and resource consumption of Tall People. Grab your pitchforks and let’s move!

THE TALL AND THE SHORT OF IT

Discrimination or bigotry, which one to use? In the culture of political correctness, they are equally taboo when applied to a persons’ color, religion, nationality, education, sexual orientation, station in life, bad breath and misshapen toenails.

With that said, a category which has been overlooked until now is Tall People, a class that deserves all the bigotry an individual can muster. Their very existence creates a category called Short People and short is a word that this essay is officially deleting from the PC lexicon.  Hence forth, people who are not tall, will be referred to as “normal sized” or simply as people.

Tall People (TP) have spent their whole lives looking down on normal sized people (NSP), an act of purposeful intimidation. TP, by their very size, consume more oxygen and produce excessive amounts of carbon dioxide leading to the extinction of polar bears.  They simply take up too much space!

They require excessive amounts of cloth to clothe themselves… this has led to larger sheep herds and more greenhouse gases, and more stoop labor to pick the needed cotton, thereby making the pickers shorter. TP beds are oversized, requiring larger rooms leading to clear cut forests. Kitchen cabinets are placed so that NSP cannot conveniently use them.  In fact, were it not for TP, ceilings could be closer to the floor and doorways smaller, further contributing to the preservation of carbon dioxide gobbling trees.  Is no one concerned about the environment?

A presidential commission needs to be convened ASAP to recommend an official height marking the boundary of NSP – one for men and one for women with all due respect to gender neutrality.  Results would be forwarded to the EPA, or some other suitable alphabet agency, to write regulations making it official.

In the five or so years, and the hundreds of millions of dollars, that it will take before these overdue and essential regulations are enacted, there are voluntary actions that people should take. First thing is to form the NAANSP (National Association for the Advancement of Normal Sized People).

Successful demonstrations against televising basketball games would halt the glorification of Tall and showing up at fashion shows to boo tall, “leggy” fashion models would help get the message 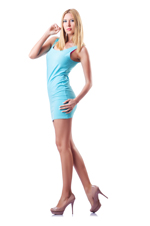 out. People who don’t mind being regarded as rude could form a special group for this activity called something like Code Loud.

Excessive leg room for airline coach accommodations would be eliminated, allowing larger groups to fly together and rear seat leg room would no longer be regarded as appropriate vehicle advertising. This could be regulated by the much anticipated new Net Neutrality laws coming our way.

Once aroused, the public will clamour for OSHA to review work place safety rules due to the excessive reach of TP.