The Misfit Economy, written by Alexa Clay and Kyra Maya Phillips, is a book about the creativity required, and ‘against the grain thinking’ needed, to create a movement behind a new venture in the modern world. When I saw the book on the stand at an airport, I was immediately drawn by its subtitle ‘Lessons in Creativity from Pirates, Hackers, Gangsters, and Other Informal Entrepreneurs.’ I had high hopes for this book…

For those with several startup and entrepreneurial books under your belt, you’ll find The Misfit Economy makes a few too many broad-brush statements about succeeding as an entrepreneur in the modern day. A lot of cliches you might say. For those looking for an entry-level entrepreneurial related book, it’s a decent read.

But despite not living up to its potential in my mind, there are a few moments of greatness between the covers when the authors get into the details of unorthodox innovators and disruptors; and the cultures they created by going against the grain. If nothing else, the book provides healthy reminders for entrepreneurs.

Five Lessons from The Misfit Economy

1. Hierarchy is for losers: A commonality between the most successful disruptors, the ones who have genuinely flipped industries upside down, is their anti-establishment attitude; and they despise the ‘chain of command.’ If you’re trying to disrupt an industry, you need to structure your organization differently than the rest.

Pirates pioneered this concept hundreds of years ago, and many tech startups are mimicking it today. Although pirates had captains, no man had more authority than the next… It was as democratic as can be, with group decisions leading to overall objectives. And the bounty collected from a mission was dispersed quite evenly, resulting in pirates getting paid much more than their farmer counterparts who were controlled by kings and made peanuts compared to their overall output (in fact, many pirates previously were farmers). The mistreatment and reduced wages for farmers were the reasons the whole concept of being a pirate took off. It was a counter/disruption to serfdom. Pirate ships gave serfs a voice, and the ability to make triple (or more) than what they would have slaving on fields at the behest of their emperor or king. The organizers of pirate ships disrupted the entire pay scale. That’s why they succeeded.

[Tweet “Hierarchy is for scared and out of touch organizations… #disruption”]

2. It’s painful as an entrepreneur to go against the grain, but: Every case study entrepreneur in the book was hugely disruptive and idealistic. They all wanted to create new markets while supporting a social issue in society, which is admirable. One entrepreneur brought camel milk to America in hopes of creating a nationwide movement (like avocados with millennials 🙂 due to its healing properties and good taste. While the idea was wholesome and founded with honorable intent, this entrepreneur soon realized even the milk market is cut throat, and his new product had the potential to displace many legacy brands in the dairy industry. He was in for a battle; I’ll leave it at that so not to spoil the book.

Disruptors, true disruptors like the entrepreneurs who created bitcoin, will experience pushback and even aggression toward them because disruption is messy for those who fear change. But when you breakthrough with a disruptive product, it is more rewarding mentally, and financially, than anything else in the business world.

Creating a new market or product will naturally be challenging from a user adoption perspective, but can transform cities, states, and even nations if successful. As much as creating a new market is a business accomplishment, it can also be a cultural one.

3. Disruptors can’t do it alone: Entrepreneurs who try to disrupt industries as an army of one often see their ideas die. However, those who partner up and bring in co-founders have a much higher success rate. The more believers with skin in the game — be it emotionally, reputation or financially — the higher the success rate. 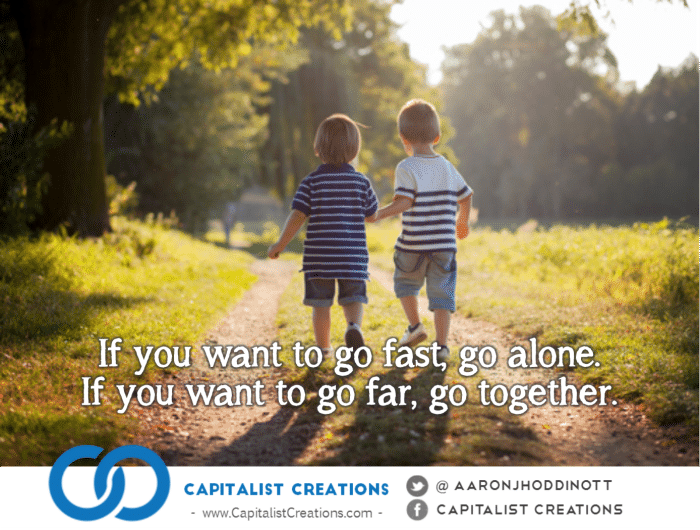 4. Structure and predictability kill creativity: Changing daily tasks and objectives is a must to get the most out of your employees. The more predictable their day becomes, the tighter tunnel vision they get.

5. Great innovators question facts, provoke response and challenge authority: Simply put, innovators who succeed and come up with transformative products and services do so because they asked the question why? Why can’t we do it better?

I wouldn’t recommend The Misfit Economy unless you’re in need of an inspirational pick-me-up. Although there are moments of greatness in this book, it mainly serves as a reminder to keep your company nimble and to think outside the box as an entrepreneur.

The Misfit Economy is an introductory book on entrepreneurial disruption and innovation. Overall, I give it a 5 out of 10, but that’s because I had high expectations given its unique titles. I was expecting a deep dive, not an introduction. Nevertheless, these five lessons learned, and the stories which came with them in the book, made it a worthwhile read.

P.S. There are new ways to win as an entrepreneur which you may not know about. Subscribe to my newsletter below to get weekly entrepreneurial motivation and tips for the modern economy. Only my best content will land in your inbox.