Back to insights
A Business Model Based on Renting Cool Places

Hire Space: In the Lucrative Business of Renting Cool Space

With the continued growth of service networking services and sites, which allow people to swap services and goods with each other through online platforms, new ideas in this market happen daily.  One of the newest onto the scene has been Hire Space, a one-stop shop for venue and space rentals in London.  Launched in September 2012, a teacher and a political advisor connected with a similar problem; they each had space needs.  In the case of the teacher, Will Swannell, it was need: his school was on emergency funding and needed extra space.  This brought him to Edward Poland, the political advisor, who needed to lease campaign office space to help balance the budget.

Thus Hire Space was born, another child of the collaborative consumption movement started with a site we profiled here previously, Airbnb.  The service essentially employs the same idea as its predecessor, allowing third parties to connect with each other to lease out and rent open and vacant space.  In this case, the space is usually commercial or entertainment oriented, but that hasn’t stopped the listings from including such wide offerings as sports venues, bars, and banquet halls.

Hire Space is getting in early on what is sure to be a crowded marketplace once others have caught on to the whiff of money in this new market.  However, like any new company, Hire Space still has some flaws and limitations that could threaten to derail any present or future successes, even before new competitors jump into the fold.  The company has been the recipient of early seed money, and saw inquiries into over a million dollars in listings during its first three months in existence, demonstrating the concept has definite consumer interest.

Let’s take a closer look at some of the strengths, and weaknesses, that are currently part of Hire Space’s business profile:

Get While The Getting’s Good

Hire Space has all the makings of a rising new startup.  From its innovative and active founders and operators, to its intuitive and sleek design, and its easy-to-use and sensible platform, Hire Space looks the part of a hit new app.  However, there are questions that remain, some serious, about the long-term viability of Hire Space as a business venture.  First and foremost remains competition, which comes in the form not only of current competitors (HourSpaces) but any number of potential new competitors who could launch virtually identical services tomorrow. 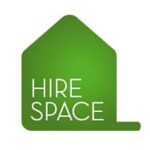 With this urgency, one thing we can take away as entrepreneurs from Hire Space is the importance of seizing an opportunity, a gap in the market we can exploit to grow our own company’s foothold.  With the field bereft of competition, Hire Space has a unique opportunity to establish itself as the premier service for this type of collaborative consumption, beating competition to the fold in branding and recognition without having to spend big bucks on sales and advertising.  This is the essence to Hire Space’s potential success as a company.

As such, we need to always remember that if something looks like a gifted opportunity, we need to look beyond the serendipity of it and get to work improving our company or venture to take advantage.  Any opportunity for a new business to leap ahead in the market should be cherished, given how rare (or in many cases, non-existent) they may be.  Entrepreneurs can’t afford to sit back and play too conservative, because big-time opportunities to grow a company will not come along often.  As such, you will often face a situation such as the one facing the Hire Space team right now.  Coming up with the money, strategy, and plan to take advantage of such a situation is going to be perhaps the most critical aspect of the success (or failure) of your new venture.