Back to insights
Unhappy With Government Policy? Blame Yourself

Government, in North America, has gotten far too big, yet we the people haven’t put up any resistance to its rapid growth over the last two decades. [Tweet “If you are unhappy with the way government policy has influenced your life, look in the mirror.”]

Sadly, most are ignoring how our landscape of finance, social order, politics, and government are morphing into one another. It’s quite concerning. However, if we wake up, as a collective population, we have an opportunity to change the way we govern ourselves, and manage our public affairs. If we don’t, our freedoms as we once knew, particularly in respect to economics and the market place, will dwindle away.

One thing about the nature of change is that throughout its history, its gradual pace has been speckled with periods of quantum leaps. The Industrial Revolution, and the Information Revolution came along and catapulted us into unchartered territory before we could blink. I believe the time has come for the next quantum leap in the way we govern ourselves. Let’s call it the Government Revolution.

The Structure of Government

When the world moved toward democracy (at least the Western World), we moved to a point where all men would have a say in how they would create common laws to harvest common benefits. As populations grew, the technology to allow a larger number of people to communicate and create policy was missing; so instead, farmers got together and elected people to represent them. The politician was born.

In politics, in big business, in mass market media, and in this world of digitized information, the need for reflection is especially necessary to get an understanding of what is going on around us. There’s a lot of noise out there, and it will clutter your mind with a ton of nonsense. And with a truly globalized economy, things are highly complex these days, which gives us even more reason to pause.

Everyone needs a moment of pause to make sense of the unending data sets, talking points and the opinions that are sometimes gilded, other times, jaded. That is, in essence, what I am trying to do here – induce a moment of pause, and reflect on the way we govern ourselves.

Let me start by asking, what is the role of government? And how does government derive its political authority? The answer to these questions requires a short visit to the concept of social contract.

Let’s just look at the facts, without the varnish. The example first described by Paine in Common Sense, still holds sway over the argument. I have attempted it here:

If there were fifty farmers on an island, all fifty could meet in a commons area to resolve an issue. Let’s say, irrigation was an issue. All fifty farmers would decide that it would be in their best interest to dig a canal in the middle of the island, and that would be able to channel water to all the farms. Then they would proceed to allocate the necessary resources. The administrative process was simple, and the job gets done.

Now imagine that island of 50 farmers expanded to 500. It would be tough to seat 500 people, and have an open discussion/ meeting. Imagine 5,000, or 50,000. It begins to get difficult. The technology on this island is not there to allow 50,000 people to communicate and create policy. If each man were to get his turn to speak, and give his point of view for a mere 10 seconds, it would take about 140 hours by the time each person delivered their point. That is not plausible, nor efficient, and there would likely be a total breakdown in talks. Instead, the farmers decided to have representatives, or agents, to speak in their stead. This is the basis of representation. But let’s revisit that idea of representation. The only reason we have it, is because technology has, in the past, impeded the interaction between the real stakeholders, in this case you would call them the farmers. In real life, it is you and I.

We now have the technology to remove the middle man, and instead of having representatives choose on our behalf, we can vote directly for legislation. Yes, it must seem outrageous given how accustom we are to government controlling things, I get that. And the concept, if enacted, would put a lot of career politicians out of work. But aside from everyone being familiar with a House of Representatives, or Members of Parliament, depending on the brand of democracy practiced, what good do these politicians serve?

Another question I want you to ponder. What sector on the face of the planet hasn’t evolved, from a technological perspective, in the last 100 years? Government. Democracy, or at least what it was intended to be, has lost its way – simply because you or I don’t have a voice which is consistently considered. Why not?

The system is broken, and it’s time that the decision making power is returned to the people, and the middleman is taken out of the equation. This is what we in the private sector refer to as ‘improving efficiency’. How do we do this? Well, the answer is to use technology, and connect all citizens, and make them stakeholders of the nation.

Of course, there are other branches of the government. There is the Executive branch, and the Judiciary. It is the Legislative branch, in my suggestion, that should return to direct control of the people. And it would be done 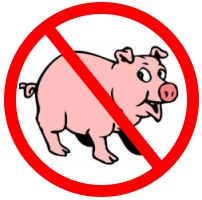 with a system that is similar to Bitcoin. If you’re not sure what that is, there is a great article about it here.

The Bitcoin model would be a good way to govern. For one thing, there would be no pork in the system. Everyone can offer legislation, and everyone can vote on popular legislative movements. Imagine combining Twitter and Bitcoin – information at the source, and voting directly by the public. No one could manipulate the news, and no one can shape the policy. We have the technology to do it now. We’ve had it for years.

For one thing, it would cut down on pork-barrel spending. Pork-barrel spending costs a lot more than most people realize. For instance, in the US budget for the fiscal 2009 year, there was a total of $19.6 billion in spending that was attached to just 12 bills; that’s an average of $1.6 billion per bill. From 1991 to 2009, Citizens against Government Waste have calculated that almost $290 billion in pork-barrel expenses have been footed by taxpayers. That’s just one element of wastage. Another is special interest groups. A democracy is not about bending over for special interest groups.

We have the infrastructure to pull off my idea. Problem is, as a collective population, we are disengaged with politics, and therefor deserve to be controlled by the government.

We can make networks, the internet and access to the internet a basic right of each citizen. The cost is minimal compared to the pork-barrel projects that would be annihilated with my system of government. What would be left is a three branch government where the Executive will be elected, the Judiciary chosen and the Legislative be directly in the hands of the public. Between the resources of the Internet, blogging and micro-blogging platforms, and other media that is not biased or controlled, the Executive would really have to work hard at selling the message to the people for approval. They wouldn’t get their way by ham fisting weak Congressmen and Senators into a vote.

My system would allow people to once again take up their responsibility in society, and be a real part of making laws that affect them.

There is so much we can do as a society, and so much more we can accomplish. To take it to the next level, and accomplish what we are capable of, we need to look beyond the limitations that we have become so used to.

[Tweet “Politicians hog our airwaves, and keep telling us why something can’t be done.”]

Politicians can be trusted to do what’s in their best interest, but not what’s in the best interest of the people. That can all be changed and halted the moment the legislative branch of the government is put to rest, and replaced by the people. No more back room deals, no more pork-barrels, and no more horse trades. If the people want to be kept front and center, then we need to step up.

If you enjoyed this article on government waste and inefficiency, then don’t be stingy. Share it with others 🙂