Back to insights
Africa’s Cowboy Capitalists 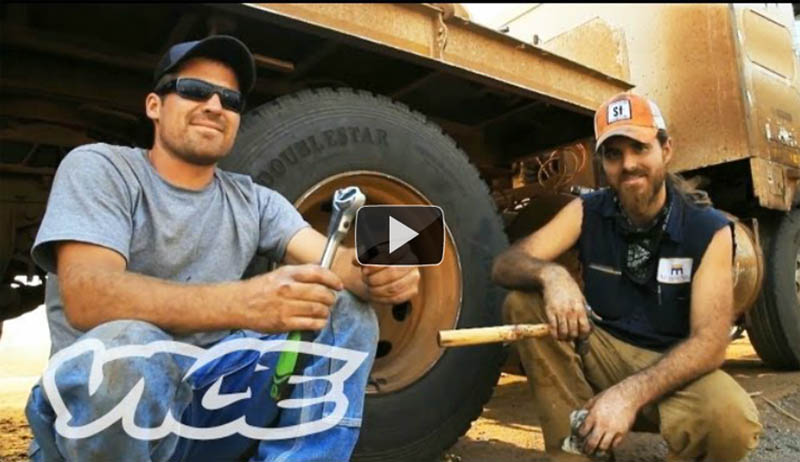 Ian Cox is a young entrepreneur from the US who moved to Africa because of its incredible and untapped business potential. South Sudan, he says, is the size of Texas and has less than 200 kilometers of pavement.

The opportunity for entrepreneurs to help countries in Africa modernize is incredible. As Ian Cox explains, it’s virgin territory for aspiring entrepreneurs who are willing to get their hands dirty.

When Ian first moved to Africa he landed in Kenya, where he started an electronics shop which sold goods to the locals. It was in that electronic shop where he learned the business culture in Africa, and the need to master the art of negotiation and bartering.

While it wasn’t a glamorous start to his African entrepreneurial journey, running that electronics shop was a stepping stone that prepared him for his remarkable venture of transporting military equipment across hostile nations in Africa.

In this documentary, Ian and his crew have to navigate their way through the merky, political and social waters of Africa to move a convoy of UN military-grade equipment from Johannesburg, South Africa to South Sudan (and on a tight timeline).

With tight time constraints, having to deal with sleazy truck salesmen, Christmas approaching and the dangers of traveling with military equipment across several violent African nations, Ian Cox and his team have the cards stacked against them. However, if they can accomplish their mission, a major payday awaits…

This documentary provides a perfect example of how entrepreneurs must think on their toes, and outside the box in order to get the job done.

On their journey, Ian’s team is scammed, they must deal with swindling banana brokers, they were threatened by militia members, and questioned at a police station after a drunk driver nearly killed them. Just another month in the life of an entrepreneur doing business in Africa…

[Tweet “Bring you’re A-game. You got to fight for it. You got to know how to haggle and get a fair price.”]

This is a documentary which perfectly portrays entrepreneurial ingenuity. I know you’ll enjoy it as much as I did.