[dropcap style=”style1, style2, style3, or style4″]U[/dropcap]2 makes great music, and its lead singer, obviously, is Bono (a.k.a Paul David Hewson), an iconic rock star. While sex, drugs and rock and roll define many gents who’ve followed similar career paths, Bono has remained focused on other extracurriculars, uncommon in his industry.

He has largely been focused on improving living conditions in Africa and fighting poverty throughout the continent, primarily through his non-profit ‘One campaign’.

He was named, by the National Journal, the most politically effective celebrity of all time. Bono routinely meets with politicians across the Western World from both the Left and the Right. 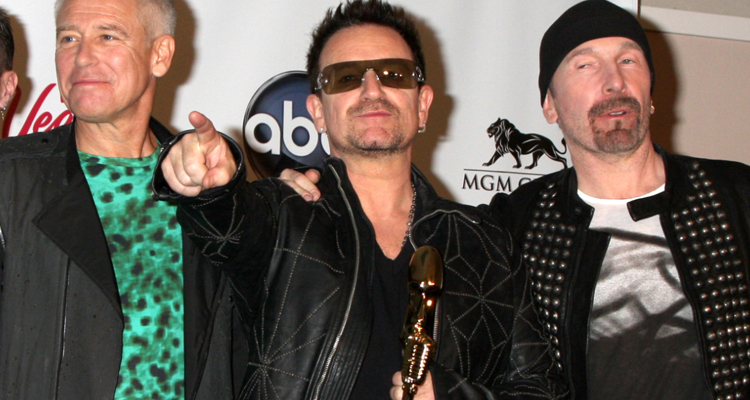 It was Bono who trail blazed, amongst celebrities, the concept of providing aid in Africa, and he gathered support for his cause by meeting with American politicians. Nowadays, the likes of George Clooney, Matt Damon, Brad Pitt, Madonna, Oprah and many more are following in Bono’s footsteps.

Bono’s ability to influence politicians in the UK, Ireland and the US, from both sides of the aisle, is what makes this rock star such an anomaly. While most celebrities are staunch Liberals, he seems to have an uncanny ability to get along with both political parties in Western democracies. Perhaps it has something to do with the fact that he was both a practicing Anglican and Catholic growing up in the war-torn country of Ireland – a country which divided itself up based on religion.

Recently the rock star spoke at Georgetown University, a school known for producing left-wing leaders, and in true Bono fashion, he managed to deliver – quite subtly – a very important message which promoted the wonders of capitalism…

All has not been lost amongst modern day celebrities. Bono’s support for capitalism gives me hope that there will be more like him in the future – although I don’t see the same sort of leadership coming from the likes of Miley Cyrus or Justin Bieber…