60 Minutes recently aired a segment on the National Surveillance Agency, marketing it as an in depth interview with key directors and generals directly involved with the agency. What could have been an excellent chance to probe into the controversial claims of “whistleblower” Edward Snowden that the NSA has been spying on millions of Americans turned into a very large Public Relations stunt cloaked in a charade of journalism. From the beginning, it was shrouded in questionable reporting.

Starting with the full disclosure that interviewer John Miller had once worked in the office of the director of National Intelligence (omitting the fact that he was also an FBI, NYPD, and LAPD spokesman), to the completely unchallenged responses from Miller as members of the agency denied any illegal activities or programs that might have violated the rights of Americans, the NSA’s attempt at redeeming itself in the eyes of the public has been seen as a deliberate attempt to propagate a better public image.

Disclosures are supposed to assure the audience that there isn’t a Conflict Of Interest (COI), or plainly state that there is one. In journalism, COI’s should not exist. But the obviously biased story here created the suspicion that perhaps a COI was present. There wasn’t an objective reporter for the story, and the softball question and answers is exactly what followed.

A COI is generally defined as a person who has multiple interests that could possibly corrupt a motivation. And because Miller has worked so closely with government officials in his past, his mere presence on any story about government would conflict a story, regardless of his intentions. The 60 Minutes NSA story wasn’t a real story. It was a barely disguised attempt at damage control.

With the scandal having erupted almost six months ago, it’s surprising that the NSA took this long to give an official interview. Most likely an attempt to gain back some confidence from Americans in the face of possible lawsuits and pending legislation (Sen. Rand Paul R-KY has recently filed a class lawsuit against President Obama on the matter), the agency’s thinking was that an all access pass inside the headquarters and stories of their discoveries of super-viruses, from cyber-enemies like China, might persuade the public to trust them again. And in attempting to do this, one of their methods became attacking Snowden’s character.

[Tweet “The 60 minutes NSA story wasn’t a real story. It was a barely disguised attempt at damage control.”]

Describing him as a strange man who once lied on a test to get into the agency, their intent was to leave the impression that Snowden wasn’t the honest man he has claimed to be, including a story about how he’d often use a hood to cover his computer screen so that his girlfriend wouldn’t see his activities. All of these tactics might have worked if a transparent bias wasn’t so obvious within 60 Minutes’ two-part program.

In the months since, the other players involved in the Snowden leaks have faired better with their reputations and public image in the United States. Most of the major Internet companies who were implicated in the leaked knowledge of the PRISM program, the data mining NSA program, came out with statements almost immediately after the allegations.

Google was probably the most adamant about their nonexistent role in any NSA programs writing an open letter to U.S. Attorney General Eric Holder and FBI Director Robert Mueller, urging them to release public records that would show every legal government request Google has ever received. The overall tone of their Public statements was one of outrage and shock. Their crisis management plan was to explain what they’ve done legally, and distance the company from any knowledge of the PRISM program.

“We review each of those [government] requests and push back when the request is overly broad or doesn’t follow the correct process. There is no free-for-all, no direct access, no indirect access, no back door, no drop box,” a Google senior vice president said.

A few months later, Google chairman Eric Schmidt would even come out and aggressively state that the company was doing everything it could to ensure that governments stay out of the personal lives of  citizens.

Following that statement, Schmidt said Google and like-minded companies would be sure to end government censorship within a decade. His answer to that was in a more powerful encrypted software being developed. Other Google executives came out to the press at this time saying they’d always feared this type of snooping from the government, which is why they’d been working on better encryption software all along. They acted as if they were as shocked as the rest of the world and yet, the implication of their words seemed to be saying that if this was the equivalent to a cyber-security type of doomsday, then they’d long been preparing for the fallout. 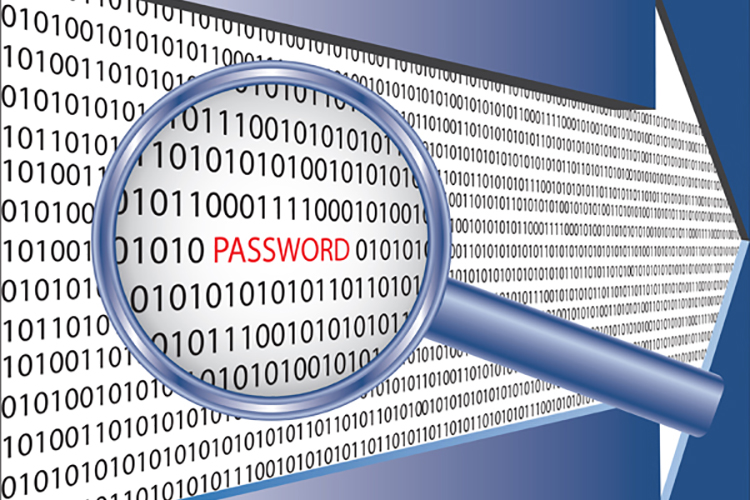 Apple also wrote an open letter maintaining they were committed to customer privacy and that they were in no way breaking laws. In that letter they wrote that conversations taking place over iMessage and FaceTime were protected by end-to-end encryption so that no one, not even Apple, could read them. Their latest system, the OSX Mavericks, also promised to use encrypted software to secure address books when updated, something the NSA was speculated to have spied on before the encryption software was introduced.

The experts have all agreed that encryption is still the best defense against external intrusions into a computer. Snowden himself has stated strongly implemented crypto-systems are still one of the few things a consumer can rely on to keep systems safe. Still, encryption is only useful when it’s in the right hands.

Encryption email service provider Lavabit was shut down and made to give up their SSL keys to the U.S. government after it was speculated that Snowden was using an email address with the service. Lavabit has taken it to the Supreme Court but the fact still remains; If the NSA wants into your computer, no amount of encryption-based technology is going to be a match for their supercomputers and metadata collection software. It’s only as safe as the person who holds the key.

While large American tech companies have only suffered minor economic setbacks in the United States, their international sales have plummeted.

In China, sales for U.S companies like Apple, Cisco, Google, and IBM have all fallen dramatically, and the distrust of American technology companies has been gradually increasing. IBM has fallen 22 percent on sales this year, and Microsoft just recently admitted that growth in China has also been weak. U.S. Companies Cisco and AT&T have expressed concerns, growling to President Obama about the NSA Surveillance programs costing them customers. These revelations are evidence that cyber-security has more at risk than national security. Business is suffering too.

Still, within the United States, the companies implicated in the leaks have aggressively tried to retain their good name. The immediacy of their statements and assurance that they’re fighting the good fight against anyone compromising cyber-security has kept a small level of trust within the U.S. markets. And at least in the United States, this fact seems to mirror the sentiments that Americans are more trusting of these companies than they are of the government. Because the NSA’s efforts, months too late, have barely registered as more than government-sponsored propaganda, their image continues to decline since Snowden left for Hong Kong all those months ago.