Back to insights
Top 10 Entrepreneurs Under 30

In the last decade, due to the rapid growth of the internet and technology as a whole, the young minds of our society have been benefiting more than ever – to the extent where some have become millionaires, and even billionaires, from their intuitive ideas.

These success stories of wealthy entrepreneurs under the age of 30 are all by-products of talent and extremely strong work ethic.

Most success stories make for interesting reading because they can provide a burst of inspiration and motivation. In turn, you can visualize yourself one day achieving the success some of these youngsters have achieved. Winning is a choice. It’s a choice to use your talents, in combination with a fierce work ethic, to achieve greatness. And that’s precisely what these ten entrepreneurs under the age of 30 did.

So without further ado, here are the 10 most successful entrepreneurs who made it to the big time before the age of 30: 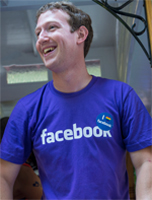 One of the most notable, if not the most notable, young entrepreneurs of the current generation is Mark Zuckerberg. He is a Harvard dropout who pursued a project that ended up changing the world. He created Facebook, which currently has 1.19 billion users, and he has a net worth of $19 billion. This level of wealth is a direct result of creating a product that people have a real desire for (spying on their friends…just kidding); and because of the nature of the internet, the product was very quickly put in front of the entire human population.

The point of Facebook (not that it needs any introduction) is to provide a way for people anywhere in the world to communicate and share pictures and videos. It is the way a lot of people communicate nowadays, and has driven the telephone closer and closer to extinction. Zuckerberg saw an opening in the communication space, and transformed the way the majority of internet users stay in touch.

The guy responsible for Tumblr is David Karp. He founded the company and built it into the $1.2 billion takeover target of Yahoo. As of this moment, Tumblr hosts 159.1 million blogs and 70.2 billion posts.

David dropped out of school at the age of 15, but then got an internship at Frederator Studios. He currently has amassed a fortune of over $200 million, and due to the popularity of Tumblr, that number is only set to grow.

Tumblr has reached as many as 170 million people worldwide, and it is a micro blogging and social media site. The company currently has more than 85 employees, and their creative design team is constantly churning out new ideas. Now owned by Yahoo, it will be very interesting to see how Tumblr leverages itself off the internet giant.

The company Rent the Runway was created by Jennifer Carter Fleiss and Jennifer Hyman. It allows women to rent high-end clothing for as long as 4 to 8 days. This is aimed at women who cannot afford to buy every dress they like (so basically, every woman on the planet other 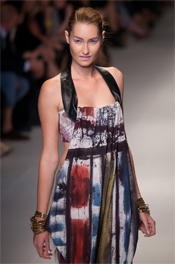 than perhaps Oprah), but it does allow them to wear a variety of dresses for a cheaper price.

To men, at least me, this idea seems rather peculiar. Wearing the clothes another man has already worn kind of worries me, to be frank. But, as it turns out, I’m not their target market. Rent the Runway was such a good idea, in fact, that it secured $15 million dollars in funding from Bain Capital Ventures and Highland Capital, which means that it was able to take its operations to the next level. Two years after its inception, Rent the Runway was reported to have earned over $20 million in revenue for 2011.

The company is still in its infancy, but the future looks very promising.

Adam D’Angelo is the founder of Quora, and is now its CEO. Quora is a website where users can go to ask questions and get answers. The success of Quora is due to its novel concept and rapidly expanding user base, which is estimated around 10 million.

I love the website’s slogan: “Quora is your best source for knowledge”

So simple, and yet it explains exactly what it is, leaving me enticed to peruse.

Adam D’Angelo was previously the Chief Technology Officer at Facebook. He graduated from the California Institute Of Technology in 2006 with a Computer Science degree. He currently has a net worth of around $680 million, and as Quora continues to grow, that number could very easily rise in the coming years.

The creator of Mashable.com is Pete Cashmore. I’m a huge fan of this guy, and absolutely love the creative writing, humor, and grittiness on Mashable, which is one of the top 10 blogs in the world and attracts as many as 50 million page views every month.

For all of you content publishers with your own online businesses, Pete Cashmore is one entrepreneur you need to read about. The quality control behind the content posted on Mashable is a cut above. And with such a staggeringly huge following, it is no wonder this young entrepreneur has managed to obtain a fortune of roughly $95 million.

Mashable is a blog where the latest social media and technology news is discussed and dissected. A large portion of the many page views it gets per month are from repeat visitors. Again, this goes back to the quality of the sites content that is published on a daily basis.

Trip Adler is responsible for Scribd.com, which is a social reading and publishing website that stores some of the tops books, research papers and magazines. Simply put, Scribd is pretty damn cool. The company has been able to gain such an impressive level of popularity because of the need for a single location to contain such a wealth of literature that is easy to access. Scribd is the online solution of going to the library.

Tip Adler is estimated to have a net worth of around $26 million. He currently lives in San Francisco.

Ryan started iContact in 2003 with Aaron Houghton. iContact assists businesses in improving their efficiency with regards to email marketing. Google Adwords was its main source of advertising when the company started, and it now has over 100,000 clients with more than 300 employees.

Ryan is also the CEO of Connect and is an investor. His broad profile of activities is just a reflection of the fact that he has sound entrepreneurial instincts which have allowed him to become successful in a number of different ventures. Diversification is key after making a large sum of money, and Ryan has spread his eggs around, to say the least.

Ryan has a degree in economics from the University of North Carolina and was born and raised in Pittsburgh. His net worth is estimated at $40 million.

The founder of LearnVest.com is Alexa Von Tobel, who is also its CEO. The company was founded in 2007 and serves as a personal finance website geared toward educating women. It is the first subscription-based online  financial planning service of its kind – a true trailblazer.

If you have trouble planning your finances, then LearnVest wants to be your go to place for education. The site’s software is revolutionary because of the ease of which people have been able to use it efficiently, regardless of their lack of experience. Von Tobel has been dubbed the next ‘Suze Orman’, and rightly so. She is a former trader for Morgan Stanley and was able to raise $25 million to start her site.

Given the timing of LearnVest’s launch (around the subprime meltdown), it is safe to say Alexa combined timing and education perfectly. As people became more focused on their personal finances after the Great Recession, LearnVest was there to educate.

Ben Kaufman is the man responsible for Quirky, which is a company located in New York that uses crowdsourcing to help bring products to market. Essentially, users and the staff of Quirky take a vote on what design features a certain logo or product may have, and the one that gets the most votes has the go-ahead. It is a social product development company and has worked tremendously well.

It’s obvious where Ben got his idea to start Quirky. In his senior year of high school he got a second mortgage on his parents’ home to create an accessory to the iPod, known as mophie – ‘twas a huge success. And the rest, as they say, is history. Ben’s company now helps other inventors get their ideas off the ground and gives them the best opportunity at success.

This wonderkid has amassed a fortune estimated around $90 million.

At the age of 9 Cameron Johnson launched a business out of his parents’ house. It was a business that centered around making invitations for holiday parties. Within a year he managed to generate $50,000 in revenue, which is amazing considering he was only 10 years of age! At 15 it was reported that he was making $300 to $400 thousand per month, and at 19 he made his first million.

Cameron’s accomplishments landed him on Oprah’s Big Give and a spot on the board of directors of a Tokyo-based company when he was just 15.

Cameron’s story shows that age is not a barrier, especially in today’s fast moving economy. His net worth reportedly stands at around $5 million.

What we can learn from most of these entrepreneurial success stories is that the internet and technology is responsible for the rapid wealth creation amassed by the younger generation of entrepreneurs. These are the top ten entrepreneurs under 30, but their age is really irrelevant. These people are doers. They’ve found a passion, and then cornered a niche that plays to that passion. If you want to be the next big thing, and reinvent the wheel like these young millionaires have, then maybe you too should look at conquering a corner of the internet that has not yet been explored. Make your own niche that plays to your life’s passion.

There are so many more services to provide, and so many new ideas to come up with, that it is only a matter of time before we hear about the next big young entrepreneur who has made it onto the billionaires’ list. No reason why it can’t be you.