California is the armpit of America, but it hasn’t always been that way. I’ve been going to different parts of the state for nearly a decade, at least once a year; and every visit things seem to be getting worse down there. The last time I visited California was on a business trip in 2013. I’ve been in no rush to go back… 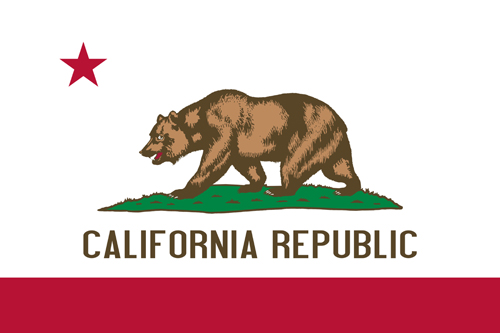 Stepping out of a three day conference late at night in San Francisco last year, I headed down to a nearby watering hole with a colleague. Along the walk, near the financial district, there were nice hotels and boutique shops. This area of San Francisco was where the ‘money was’ so to speak.  I was deep in conversation with my colleague when out of nowhere I was sucker punched in the face. The mysterious punch busted my lip open.

After being stunned for a couple seconds, I looked up, and about 20 feet down the sidewalk 10 Hispanic thugs were looking my way – with one out in front yelling some gobbledygook I couldn’t understand. This cackling hyena was the culprit. Thankfully, the coward that punched me was a pussy. I was fine. Anyone who knows how to throw a punch would have knocked me unconscious as I wasn’t even looking his way at the time. He had my head on a platter.

When this weakling realized his punch did very little to hurt me, and saw I was coming to kick the shit out of him in retaliation, his yelling stopped and the pussy backpedaled into his crowd of cowardly gang members with tattoos on their faces. As I was walking toward the gang, most likely illegals, ready to go down in a kamikaze 10-on-1 brawl, my colleague had enough sense to grab my shirt and pull me away. No doubt one of those chumps would have pulled out a knife, or worse. That’s what cowards do.

Anyway, we were conveniently close to a hospital and my mouth was gushing blood. I went and got stitched up, which cost me about $2500. While in the hospital I had a lovely chat with the doctor who put my lip back together. I explained to him what had happened, and he told me that type of shit goes on every day in nearby neighborhoods. Bear in mind, I was in San Francisco’s financial district, not exactly a rough part of town. He told me that street gangs (a.k.a. cowards) from Oakland were coming into San Francisco and beating, robbing, shooting and raping citizens in the city. I couldn’t believe it. I was in one of the nicest areas of downtown San Francisco. The doctor continued to tell me that local politicians and the police force are keeping the outbreak in violence in San Francisco’s nicer areas under wraps. They are terrified the increase in crime will cast a dark shadow on San Francisco’s real estate market. The Bay Area just so happens to have some of the highest priced real estate in the country and generates a ton of money in property tax, of course. It’s hard to charge top dollar for condos and townhomes when your city is riddled with violence on a nightly basis.

On my way out of the hospital, four young men came running into the emergency area. One of the guys in the group was wobbling behind the rest, hand on his ear, and blood was pouring out of the side if his head. “Holy shit” I thought to myself. Then one of his friends began yelling for help, screaming that his friend had just been shot in the ear. Hospital staff came running out and the bloodied man was swiftly taken into a room.

When the dust settled, I approached one of the guys who was friends with the injured man. He was sitting in a cheap red plastic chair in the corner of the emergency room with a shocked expression on his face. I asked him what the hell just happened to his friend. He explained to me that they had just got into an altercation with a gang of Hispanics and one of the guys pulled out a gun and shot three bullets. One of the bullets had skimmed this guy’s friend in the ear…

I have no doubt those cowards who I had just run into, and got a busted lip because of, were the culprits in the shooting. To this day I make sure to thank my colleague who pulled me away from going back to fight. I could have had much worse than a busted lip that night.

This incident shined light on what I now refer to as the California cover-up. The state (politicians who run it) portray California as some peaceful, beautiful place to live and visit. They highlight the glitz and glamor of Hollywood, the beautiful coastline (which 95% of its population can’t afford to live near) and diverse economy. The reality is, however, that California is an economic wasteland filled with poverty, some of the most overcrowded prisons in the country and the worst business climate in the US. Southern California is a breeding ground for Mexican gangs and prostitutes. It is a has-been state, grossly mismanaged and heavily indebted. And its politicians continue to hide the truth about its rapid descent.

[Tweet “California is an economic wasteland, home of the worst business climate in the US.”]

In a survey conducted by “Chief Executive” magazine, 500 CEOs deemed California the worst state to run a business. Texas has been swaying many high profile corporations to abandon California for the Lone Star State for several years now, and had great success. It hasn’t been hard. California has the highest state income tax, bar none, in the country. It has the third highest corporate tax rate in the US. Nearly 24% of Californians live in poverty – no surprise given how unfriendly the state is to business. What entrepreneur would want to start a company there? As a consequence, California is tied in 44th overall for state unemployment at 7.4%…

When I read about Governor Jerry Brown preaching California’s comeback, I had to chuckle. It’s quite sad really. California has some of the most beautiful coastlines in North America, but few can afford to enjoy them. And even beautiful coastlines can only keep rich folks happy for so long. Eventually even they get sick of being abused by the state government. There’s no comeback going on in California, and likely won’t be unless it changes leadership. It must start enticing entrepreneurs to open up businesses within its cities by lowering taxes across the board. If it doesn’t, that 24% poverty rate will continue to increase.

On the bright side, there appears to be a glimmer of hope coming out of the California political scene. Neel Kashkari will represent the Republicans in the next state Governor election (held on November 4th). He’s a longshot, but if people pay attention to his message (although I doubt they will), Kashkari should dethrone Jerry Brown. Kashkari is the type of politician who understands what is needed in that state and certainly comes off as a selfless and motivated leader. The odds are completely stacked against him in this upcoming gubernatorial election, but he is hoping Californians will wake up and vote to help bring jobs back to the dying state. Take a look at what Neel Kashkari did to better understand the struggles many of his fellow Californians are going through:

11 Things I Learned from Reading Blood Feud by Edward Klein