Back to insights
Are You Sick of Being Lied to, America?

The Second Greatest Breach of Contract in History

What do you do when one party breaches a contract? Well, you have a number of remedies. One of which is to terminate the contract and/or sue for damages arising from the lack of performance. If it was neglect that lead to the breach, or if it was a willful act, the damages will differ, but the vein is the same; a breach of contract can result in the termination of that contract.

So what is the point of this exercise? Well there is a little known contract that has been around since the beginning of civilization. It’s called the Social Contract. What’s that you say? Well, alright, let me swing this cart around and put it back behind the horse. Lets take a look at what a social contract is. Then I will explain how the Obama Administration has dishonored its social contract with Americans. 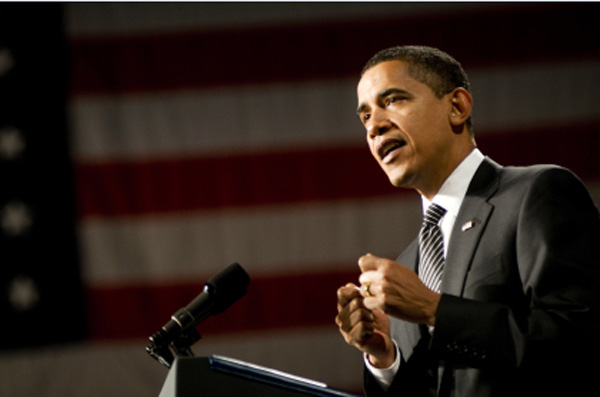 Many philosophers have tried, in their own way, to refine the philosophy of the social contract, eluded to so long ago by Socrates, and then again by his student, Plato. Then from Locke to Hobbes and Rousseau, philosophers have put forth varying theories that seek to define the authority governments have over citizens. And the duty of citizens to obey the laws set out to govern themselves.

Socrates believed in the validity of the social contract so much so that he was willing to lay down his life for it. Animals, especially ones that survive in packs, or herds, have a social contract as well. Even kindergarten kids have social contracts that are unspoken. We instinctively seem to regulate and conduct our societies with this. Personally, I like the way Thomas Jefferson refers to it, he calls it “political bands.”

The basis of the contract is simple. In return for the comforts and efficacies of a civilization, the individual gives up some of his natural freedoms. For instance, in return for his ability to not be clobbered over the head by a neighboring caveman, he gives up his right to walk around naked. We know it as laws against assault and laws against indecent exposure. This is but a mere example. I could go on and on, but I trust you get the point.

When we break a law, that we do not really have a hand in making, we even agree to be penalized for it. Up to this point, everything is fine and dandy.

However, what happens when the government breaks the law and does so in one of the material elements of the social contract? What then?

The United States is built around the idea that there is freedom. “Life, liberty and the pursuit of happiness” it reads in the United States Declaration of Independence. The concept of privacy is enshrined in our beliefs and, as a result, in our national identity. The problem is that this agent of society, the US Government, has been caught more than once doing things that no longer stand for who we are. The list of transgressions are mounting, and it’s beginning to get difficult to keep up. Just as we begin to understand the ramifications of one transgression, it ends its news cycle and is replaced by another.

[Tweet “The concept of privacy is enshrined in our beliefs and, as a result, in our national identity.”]

Those who are entrusted to manage the economy, have shut the Federal Government down twice.  This was a case of “two wrongs certainly don’t make a right”. I like the way the issue was framed, though. I must say it was quite creative and imaginative on the part of Washington insiders. One side wanted to borrow more money, while the other side disagreed. In essence, that is the issue, right?

Let’s forget the players and not make this a team sport. The full faith and good credit of the United States is not something to bargain over or play chicken with. Yet, that is exactly what 536 elected men and women did, and in the process let us down. The fact that our debt stands at 17 trillion Dollars, is another abomination that I just can’t even begin to fathom. Who in their right mind let it get that far?

Then there is the issue of the NSA, and all it’s shenanigans. On this count, there is no other way to look at it than the President fumbled. But then again, he’s been caught fumbling quite a few balls in the last few years. For starters, he hasn’t managed to pass a budget since taking over 5 years ago. That has never happened under any other President in the history of the United States.  Obama says he has no idea about the spying on everyone from the people who elected him, to heads of governments of our allies.

There are a number of other issues, but these three are big enough to beg the question: If he didn’t know what was going on in the NSA, can we believe him? Or, can we trust him to look out for our best interest? The same goes for the debt issue. The same, for the Affordable Healthcare Act.

But how many of you out there think he doesn’t know what is going on around him? I shall leave you to answer that.

The United States is facing, what commentators are calling, a Crisis of Legitimacy. They are absolutely correct. While they meant it in an international context, that term seems just as valid within the domestic context. A Crisis of Legitimacy arises when you no longer have the authority granted to you to administer. You are no longer legitimate.

When there is blatant disregard for the law and the traditions of a country. When freedoms are discarded in the name of terrorism. When the internet is monitored across the board, and phone conversations plucked out of the air. When freedoms are usurped under the guise of Patriotism and foundations of the Constitution are callously discarded for the sake of expediency. When a health care law, that potentially touches every person in the country, is made up to be something that it is not by the President himself, it seems we have an event that could result in the breach of our social contract. That is the real Crisis of Legitimacy.

I grew up in a family where our mantra, drilled into our heads from birth, was Honor, Truth and Strength. Till today, my children are taught the same. Lying is unacceptable, a breach of honor is not tolerated and weakness of character is not to be. And so I find it strange and unacceptable that the politicians that lie to us, do so with impunity, particularly Obama. The code of conduct we are meant to adhere to is not equally enforced upon some, and our silence will result in our progeny paying for it in severely diminished environments, burgeoning debt, fleeting freedoms and unacceptable living conditions.

So now we come back to the issue of the social contract. I ask you, has there been a breach? Let’s remember that the people are the center of this land, not the King. There isn’t one. The people came together and created a government to administer itself so that each could go and tend to his own well being.

If you recall some 250 years ago, the last time a social contract was broken, this is what the aggrieved party had to say about it:

When in the Course of human events, it becomes necessary for one people to dissolve the political bands which have connected them with another, and to assume among the powers of the earth, the separate and equal station to which the Laws of Nature and of Nature’s God entitle them, a decent respect to the opinions of mankind requires that they should declare the causes which impel them to the separation.”

When you read his words, you see how Jefferson refers to the social contract. He talks about dissolving the “political bands”  because they realize that there has been performance from the colonies to the contract but utter and total failure of King George.

They have been paying into the system as part of their responsibility i.e. taxes, but have had no representation. By all his despotic misdeeds, King George broke his end of the bargain and caused the breach of the social contract.

The long train of problems in Washington did not begin with this particular Administration, they have been around for some time. Look back to Nixon and you will see that there has been a pattern of behavior that we, the people, have become accustomed to, but that acclimatization does not make the transgression righteous.  If you grow accustomed to the pain of an infected wisdom tooth, does that mean the infection is cured? No. Jefferson, continues:

But when a long train of abuses and usurpations, pursuing invariably the same Object evinces a design to reduce them under absolute Despotism, it is their right, it is their duty, to throw off such Government, and to provide new Guards for their future security.”

The greatest breach of contract in history resulted in men of profound character and honor leading a group of people to form a new nation.

What will the second greatest breach of contract in history, the one that is playing out right before our eyes, result in? I fear, nothing.