After nearly a decade of investing in various startups, I’ve come across my fair share of breakthrough companies that managed to conquer their particular niche – whether that be in technology, mining, energy, agriculture or biotech.

I’ve had tremendous success investing in startups, but I’ve also seen my fair share of failures. And I’m appreciative to have invested in, and worked with, startups that ended up going broke (although I never like to see anyone fail), because I learned more from my mistakes than successes. 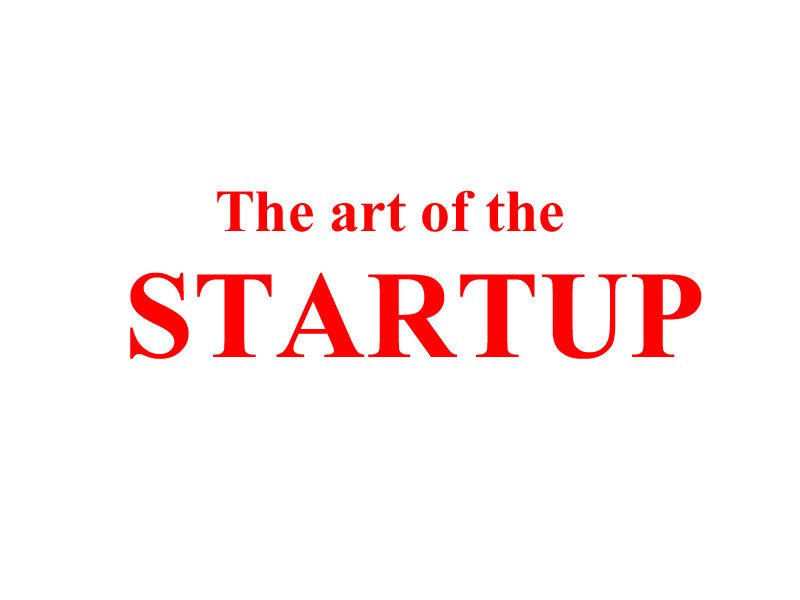 It was from those mistakes, and the millions of dollars lost, that I acquired the knowledge on how to identify red flags and potential threats to new businesses. It taught me precisely what the successful startups did differently than the failures – an invaluable lesson.

Although startups can operate in very different industries, some extremely obscure, the successful ones have nearly identical characteristics. I’ve identified the five common strengths every successful startup I’ve worked with, and invested in, had. These five strengths are essential to the success of any new startup:

Great startup ideas are built around the premise of filling a need of society. Typically, great startups provide a convenience or make a market more efficient (i.e. cutting out a middle man).  As a simple example, think about the concept of a food truck. It comes to the customer (outside office buildings), cuts out the overhead of a restaurant (making for a cheaper product), and saves people time during their lunch hour. It’s no wonder the food truck industry has taken off so quickly in all major metropolises across North America.

Focused on a Niche Within a Niche (A.K.A micro-niche)

The most successful startups these days are focused on a very precise market. It isn’t enough anymore to focus on just a niche market. You need to focus on a micro-niche.

Executives are typically accustomed to higher-end accommodations and willing to pay for it. Needless to say, my friend’s business is four years young and doing exceptionally well – a great example of a niche within a niche.

There’s nothing sexy about a startup. It’s about putting in long hours, going months without a salary (if you’re a founder), eating late dinners at shitty take out restaurants, and saving money wherever possible.

Successful startups don’t spend money on flashy office space, classy décor and the like. Successful startups spare no expense on things that will generate REVENUE (i.e. technology, leads, talent, marketing to create sales). But on everything else, frugality wins.

Strong Management Team with Everything to Lose

Startups require a strong management team with superior knowledge of the sector they are operating in. However, that in itself isn’t enough – not from my experience.

Management needs to have a lot to lose if the company fails, meaning:

The individuals running the company must have a substantial amount of their own capital invested, as well as their reputation on the line. Fear is the greatest motivator, and whether that be fear of losing capital or fear of losing their reputation, it only helps the long-term potential of the company when management has a lot riding on its success.

Fear is the greatest motivator

Furthermore, the startup must be management’s sole focus. This one hits me close to home. On two separate occasions I invested a substantial amount of my company’s capital into very impressive startups which had a clear market advantage and stout management teams.

These companies were impeccably positioned in their marketplace and had all the fixings to be home run deals. However, management was stretching themselves thin. In both instances, the management teams had a couple multi-million dollar businesses on the go and simply couldn’t allocate enough time to these particular startups. Needless to say, the companies underperformed (although they still exist today and are doing okay).

These companies took too long to capture their micro-niche because management was preoccupied; and now they are a part of a crowded space – a space where they were first to market, but not quick enough to grow.

Willing to Spend a Significant Amount of Capital on Marketing

Like it or not, we live in a cluttered economy. Getting the word out on your product or service is vital. And you can’t rely on word of mouth, particularly in the early stages.

The most successful startups I’ve invested in, or worked with, have always been willing to spend a good chunk of their war chest on marketing. These startups understand that spending money is needed in order to make money, and they raise as much capital as they can to help spread the word on their company.

Initially, a large marketing budget can make a founder uneasy as it often depletes the treasury very quickly; but if you’re not willing to spend money to get your brand in front of thousands of people, you should think twice about starting a business. A brand that is built to show is built to grow… spend money to show off your company.

If you don’t have money to market, then go raise some money, whether that be taking out a loan or seeking investors. One great thing about starting a business in today’s economy is that, thanks to social media and the rapid growth of the internet, marketing has never been more affordable.

So there you have it. Startups require these 5 essential elements if they are to achieve long-term success. The first million is always the hardest to make, but if your startup has the above mentioned components, it will likely be a hell of a lot easier.

If you enjoyed this article on creating a great startup, then don’t be stingy. Share this with others who may benefit from it 🙂