[dropcap style=”style1, style2, style3, or style4″]I[/dropcap]magine you’re at a masquerade ball, your face hidden to everyone around you, and within minutes you find yourself sharing your deepest secrets. You decide to play a game of confessions with people you know, some of them your closest friends. Only you are telling them things you’ve never told anyone before. Never even to yourself. As everyone shares secrets, a game starts to develop. Who is the speaker of each secret? You’ll never know, but it won’t keep you from guessing.

It’s an intriguing idea that is now coming in the form of an iPhone app, for iOS 7, called Secret. A digital kind of masquerade ball, or at least that is what co-founder David Mark Byttow is calling it.

“You know who’s on the guest list, but you don’t know who is saying what” stated Byttow.

In the first ages of chat rooms, anonymity would come in the greeting of “a,s,l,” (age, sex, location, for those that can’t remember.) But the Facebook generation would bring identity to the Internet, in a way never seen before. It was a real social meeting ground, and anonymity was no longer the social default. Mark Zuckerberg would even say that having two identities was a sign of a lack of integrity. That phase for social networks may still be popular, but the newest stream of social network-based apps seems to be signaling for the return of Internet anonymity.

Like the similar app Whisper, the anonymous text to image app, Secret takes the same idea of sharing a secret, without revealing who you are to a group of people, but tweaks it so that your secret thoughts are going out to a network of friends or peers – people in your most inner social circles. The point they are trying to drive is that people want a place where they can freely speak their mind in a truer sense, and without the possible consequences from an identity attached to those statements. These statements, according to Byttow, encourages the kind that are more vulnerable, insecure, emotional, goofy, sad, or angry. He thinks it will attract the shared sentiments of people too afraid to post about their true feelings on Facebook or Twitter. Similar to the way people on popular websites like Reddit create “throwaway” accounts to talk about personal experiences, Secret isn’t necessarily about sharing secrets. It’s about sharing secretly. 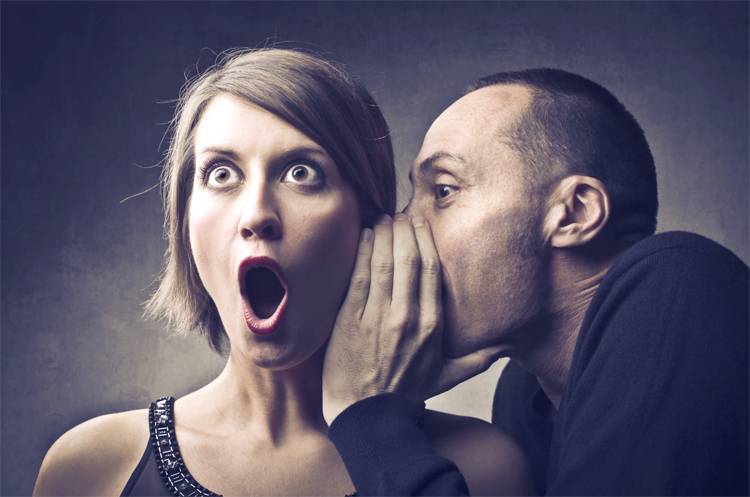 Secret’s co-founder, Chrys Bader-Wechsler, is convinced that the community will use the secrets positively and that “trolling” will be moderated. He believes that the service will be used for advice giving and employ camaraderie.

“It touches on this fundamental basic human need to relate to others or help them. And you don’t need to have identity to get that fulfillment,” says Bader-Wechsler.

[Tweet “Is anonymity on the web a positive for society, or does it create reckless and raunchy behavior?”]

Even if the community does start to go negative, the creators are ready for it. They’ve set up ways to police the community through flagging or blocking users whose comments cross the line. But how much that line gets crossed will be anyone’s guess. With no identity attached to a message, there will be no consequences to a user should they leak information that might be best left private. Most likely, those messages will tend to be raunchy or sex-filled. The test groups have already confirmed this.

As always is the case with secrets, the safeguarding of them is a top priority. Byttow, being an engineer of Google, is promising that your secrets are as safe as the servers they are stored in, which happens to “essentially” be the same servers as Gmail. So if you can remain confident in your Gmail account’s security from hackers, you should be able to trust Secret as well. According to their website, there is a high level of encryption that is written into their datastore, and the raw numbers it uses from your phone to obtain your contacts are hashed – so no numbers can escape into the hands of anyone else. Much like Snapchat’s removal of videos after being sent, when a secret is written, the history of that particular secret is erased so not to keep a record of any single user. The secrets are all taken into metadata without an identity attached.

The company has already attracted investors such as Kleiner Perkins, Google Ventures, Alexis Ohanian and a handful of others to put up $1.4 million – not a lot of money for Silicon Valley standards, but a solid start.

With anonymity on the internet becoming more and more popular with the younger demographic, the success of apps like this will continue to increase. However, the question of how these apps will be used remains to be seen. Is anonymity on the web a positive thing for society, or does it encourage reckless and raunchy behavior?