After the subprime meltdown in 2008, congress enacted boatloads of new regulation. Some of the new regulations were most certainly needed; however, many of them were knee-jerk reactions created by bureaucrats who had no background in the industry they were 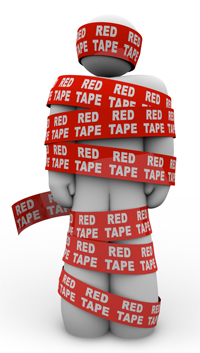 Many of these new regulations were designed to stop the ‘problem’, but they failed. In several instances, new regulations created a much bigger problem, and most likely a future bubble, elsewhere. Heck, the subprime meltdown itself was the manifestation, which grew over a period of roughly 13 years, of policy created under the Clinton Administration and further fueled by the Bush Administration. I won’t get into the details of it all, but if you are interested in learning about the real reason behind the subprime meltdown, I encourage you to read Charles Gasparino’s book titled The Sellout.

America is becoming an overregulated, tip-toeing nation with leaders who think they can keep everyone safe and controlled with rules. This toxic culture is seeping its way into corporations, churches, households and even professional sports. Whatever happened to that nation full of risk takers willing to bootstrap innovations to be used by the rest of the world? They’ve been regulated out of America.

No Risk, No Reward

Some regulation is needed. I’m not arguing that. However, all risks within certain industries can’t simply be regulated away, no matter what politicians try and tell you. We must face the fact that many vocations, investments and credit facilities are inherently risky, and not for everyone. If we try and regulate all the risk out of our economy, and lives for that matter, we’ll spend the rest of our days walking on eggshells or living in sterilized bio-domes. Life is risky, and as they say, no risk, no reward.

Case in point: The NFL

I’m a big football fan. And my dad is a referee at the collegiate level, which makes this article on regulation a bit ironic. However, when the NFL enacted the rule intended to prevent helmet first hits above the shoulder pads, in order to protect ‘defenseless’ players, I knew the league had gone too far.  It was a knee-jerk reaction by the NFL commissioner to rebute all the retired player complaints about the long-term damages of concussions.

Of course, it goes without saying, concussions are bad, and have lasting negative effects on the brain. However, is it not a part of the deal when a player signs that pro contract to play in the NFL that he is taking on a dangerous career? Football is a physically grueling game. It is inherently risky. And the players know precisely what they are signing up for.

This knee-jerk rule change in the NFL has accomplished nothing, because the game of football, at its fundamental core, is dangerous. In fact, this rule meant to prevent concussions has created more problems and threats to players’ health. According to NESN, in respect to hits to the head that have been outlawed in the league, “an Associated Press review of penalties through the first 11 weeks of the season found those hits are still prevalent.”

The article continued “But, in the words of Titans running back Chris Johnson, they know that “sometimes you just can’t control where you hit somebody”. Click here to read the entire article.

More importantly, the players trying to follow this new rule as best they can (if they don’t follow the rule they are subject to being fined), are now hitting other players extra low. This has created a whole new problem, much worse than ever before. The rule meant to prevent concussions has had an unintended consequence, like so many excessive regulations do. Ironically, as players now try and avoid hitting opponents anywhere near the helmet level, it has led to more potential career-ending injuries.

Look at this hit on star tight end Rob Gronkowski from this past weekend.

Gronkowski’s career could be over thanks to this hit (best case scenario is he will, athletically, never be the same). He has a torn ACL and MCL in his right knee. Now, to be clear, the defender who tackled him didn’t do anything wrong. He went extra low on the hit because it has been impressed upon him to do so, and at all costs he must avoid hitting high. These types of extra low and extremely dangerous hits have increased in frequency since the new rule meant to prevent players from getting concussions was enacted.

As was the case this past weekend with Rob Gronkowski, Dustin Keller suffered a season ending injury earlier this year as well, thanks to an extra low hit from D.J. Swearinger.  Take a look:

After the game, which was Keller’s last, Swearinger, the player who hit him low, said “I was making a hit playing football. In this league you’ve got to go low. If you go high you’re going to get a fine. . . .The rules say you can’t hit high so I went low and I’m sorry that happened. I would think you’d rather have more concussions than leg injuries. Leg injury, you can’t come back from that. A concussion, you be back in a couple in a couple of weeks.”

There is now talk around the NFL of imposing rules on preventing extra low hits. You see how out of control this rule-worship culture in America has become? Pretty soon there will be no tackling in football. Perhaps, just so there are no risks at all, the NFL could become a flag football league.

Look, life is risky. Playing professional sports, trading in the stock market, buying a house or taking on a credit card comes with risk. Accept the risk or don’t participate. If we don’t take personal responsibility in our own lives, for our own decisions, we are going backwards – back to the days where our mommies and daddies told us what time we had to go to bed, what TV shows we were allowed to watch, and when to brush our teeth. If we all accept personal responsibility for our career, finance and lifestyle choices, we won’t constantly need big brother watching over us. Personal accountability is foundational to individual freedom.

An appropriate ballad from Warren G and the late Nate Dogg:

WestJet Goes Above and Beyond to Provide Customers with Unforgettable Experience 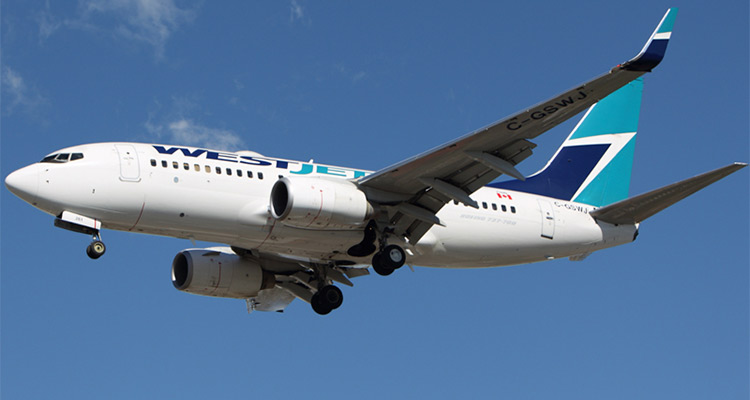